We continue to migrate our single stage driver amplifiers into the new improved miniaturised form factor foot print, to provide more choice of drive conditions for your PAM4 modulation requirements.  These two new driver amplifiers, the SHF M833 A and M834 A,  offer moderate small signal gain of 12 / 15 dB with a P1 dB-defined amplitude linearity in excess of 3 and 5 Vpp respectively.  With this gain level, and typical PAM4 signal amplitude, attenuators are no longer needed at the  amplifier input to avoid driving the amplifiers into saturation.

Both linear drivers also feature external controlled crossing adjustment, as well as adjustable gain reduction to allow fine-tuning of the modulation conditions.  The SHF M833 A would work well with our 3-bit DAC SHF 613A for the generation of 56 GBaud PAM4 signal with an amplitude greater than 2 Vpp.  As for the SHF M834A, 32 GBaud PAM4 signal in excess of 4 V can be generated whilst remaining linear. 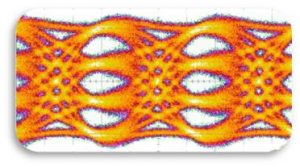 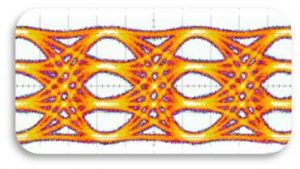 The full specifications can be downloaded in our amplifiers section.